The Snake King is Rising

It was a BIG day for Rick Springfield fans anxiously awaiting the January release of Rick's new album, The Snake King. 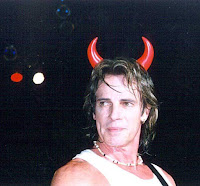 The first single was released on iTunes Wednesday morning.  By the end of the day, the full version of "Little Demon" was everywhere! A complete list of song titles from the album were also released Wednesday and they are interesting.


Frontiers Music offered a special treat for Rick's fans the same day in the form of Limited Edition Vinyl LPs. YES Vinyl records are back for those who still have a turntable to play them on! In addition to the Limited Gatefold Black Vinyl LP available to pre-order on Frontiers' website was a (very) Limited Edition Red Vinyl LP edition. With only 100 copies of the Red Vinyl LP available, they were sold out quickly. The Black Vinyl LP is still available on the Frontiers Music site. This is the first vinyl record Rick has released since his Rock Of Life album in 1988 and Rick's dedicated fans seem to be excited about it. 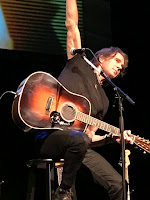 
Photo by Anne Hendrix
Posted by RSandUS at 11:20 AM 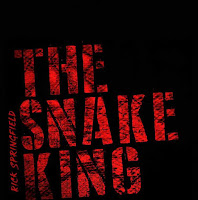 Andrew McNiece, owner of the Melodicrock website, tweeted "Rick Springfield's blues album "The Snake King" out January 26 via Frontiers Worldwide" with what appears to be the cover for the album.


The highly-anticipated album is Rick's first blues album and he says "has the potential to put the final nail in the old teenybopper coffin".  The release date is two months ahead of the March 2018 time frame that was originally expected. 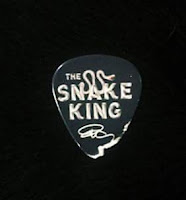 Rick started mentioning "The Snake King" as the title of his new album earlier this year and has been using guitar picks with the name on it for several months.  There have been a few social media posts recently of Rick, Matty and the band in the studio working on "the final touches" for the album.  Last week several social media posts of Rick at a photo shoot at the Joshua Tree National Park in California have stirred excitement among Rick's dedicated fans.

Rick to Perform with the Oregon Symphony 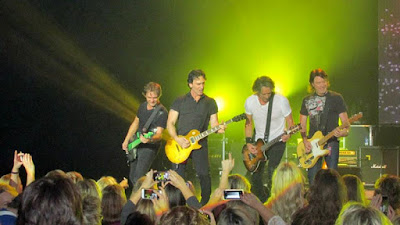 
Photo by Barbara Bates
Posted by RSandUS at 8:51 AM