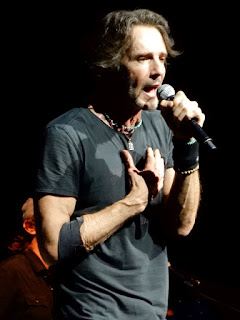 The show was originally scheduled for a Friday in May but Rick had to reschedule due to illness.  And boy, was it ever worth the wait!

The night began with a set from the Ohio based 80’s band, Stranger.  The crowd was really enthusiastic and the band was very well received.

Then came the best part of the night – Rick and his band took the stage around 9 pm after the usual video show which showcased pretty much his entire career.

This show was different in that Rick was unable to play the guitar due to an injury which ended with surgery to repair a torn tendon.  So he came out in the usual summer shorts and black shirt and danced and sang the night away.  Rick was all over the stage and he seemed to be having a great time.  He smiled and joked, sharing stories with the audience.  Honestly, I think this was the best full band show I’ve ever seen – and I’ve been seeing Rick live for over 30 years.

The band played the usual songs, opening with “Light This Party Up” followed by “I’ve Done Everything for you” and “I Get Excited.”  Rick included probably my favorite song from “Rocket Science” – “Down,” in the early part of the show. 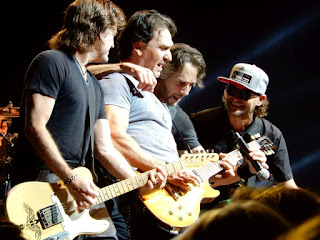 The night continued with so many favorites, including “Affair of the Heart,” “Love is Alright,” “Human Touch,” and “Love Somebody.”

As usual, Rick pulled some adorable kids on stage for “Don’t Talk to Strangers.”  For me, that part of the show never gets old.  And Rick really seems to enjoy interacting with the kids.  He actually commented that he loves “animals and kids” more than anything.  And who can blame him?

The evening ended with two encores - “Jessie’s Girl” and “Kristina.”  Although everyone wanted more, it was clear that Rick was exhausted by the end of the show.

Rick and his band are currently on tour.  His new record, The Snake King, will be out in the Spring.
Posted by springfieldandus at 8:16 AM 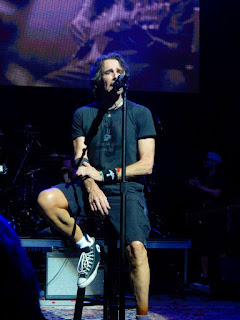 A new show has been added to the tour schedule for 2017:

Photo by Mike Gerken
Posted by springfieldandus at 5:55 PM No comments: 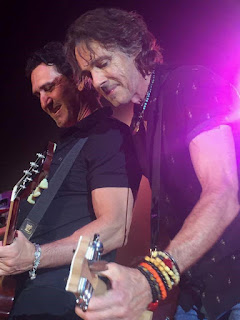 A Florida date has just been added to the tour schedule:

Photo by Michelle Porchia
Posted by springfieldandus at 12:41 PM