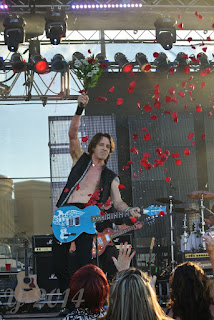 Photo by Yolla Abraham
Posted by springfieldandus at 6:10 PM No comments: 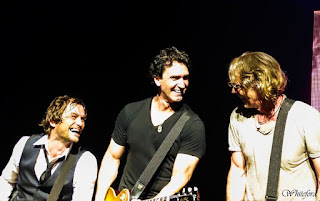 Full band shows that were just listed on the tour schedule:

Posted by springfieldandus at 8:54 AM No comments: 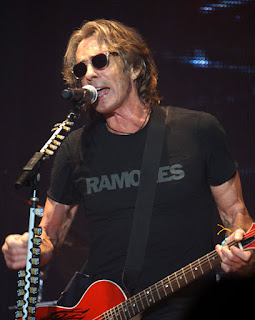 The following are full band shows:

Photo by Renata Hearn
Posted by springfieldandus at 12:33 PM No comments: 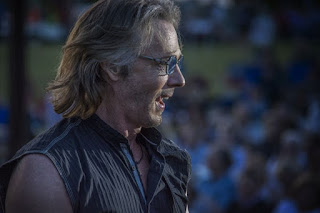 It's been a good year for Ohio, another show has been announced:

Photo by Shane Bakken
Posted by springfieldandus at 7:09 PM No comments: 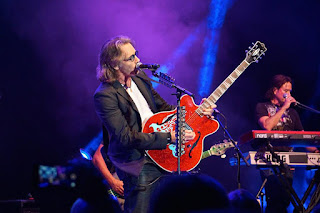 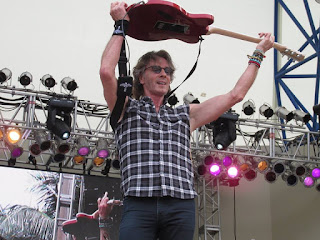 Posted by springfieldandus at 8:33 PM No comments: 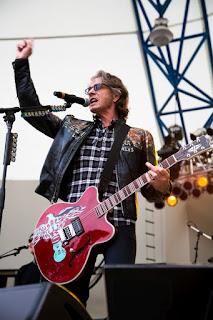 Springfield stood on the Tire Kingdom stage yesterday afternoon, in shades and a leather jacket. As he tossed guitar picks into the audience, he would point, as if he was guiding the pick’s journey into an adoring fan’s grip.

He nods and gestures to women in the crowd like they’re his old friends. And many of them are, Springfield has been putting out music since the early 70’s and many of the fans he gained along the way have stayed with him. Since then, the singer-songwriter has released almost 20 studio albums.

Other fans are new, as Springfield explained to SunFest in our interview with him leading up to the artist’s performance. “I played a college of like 20-something-year olds and a couple of years ago, my goddaughter was going to this college in L.A. so we did a backyard barbecue kind of thing for her,” Springfield explained.  “And all of these kids started singing ‘Jessie’s Girl,’ like verse, chorus, everything. It’s pretty wild to see.”

In fact, no fan is too young for Springfield’s charm. That was proven when 13-year-old Savannah got pulled onto the stage to sing “Don’t Talk To Strangers.”

“I remember when I was 13, that’s a big year,” Springfield said. The two danced on stage to the cheers of the crowd for him to interject, “I just realized I dance like a 13-year-old girl.” He gave Savannah a rose before she left the stage.

The rocker promoted his new album, “Rocket Science,” playing songs from it like “Down” and “Miss Mayhem.” “He has a new record?” Springfield teased. “You mean you have other songs besides ‘Jessie’s Girl?’” The album came out in February.

As promised, Springfield played his cover of Katy Perry’s “Roar,” Springfield Style. “We like some of the girl songs that are out there,” he said. “But we feel like they need to be toughened up a little.” As a new bonus, Springfield and his band later whipped out a cover of Taylor Swift’s “Shake It Off,” complete with some tweaked lyrics about drinking and staying out all night.

As great as all of that was, the undoubted moment of Springfield’s set was during his performance of his 1983 tune, “Human Touch.” The singer jumped off the stage and started high-fiving and hugging the crowd while singing. Then, he started crowd surfing for what felt like ages. Springfield got so far within the thousands of audience members, you couldn’t point him out if you wanted to. When he finally wrapped up, the singer ran back on stage without missing a beat.


Springfield and his band walked off the stage, as he flashed peace signs to the crowd. But they weren’t going to leave without giving the crowd what they wanted. The group closed with hits including “Jessie’s Girl,” “I’ll Make You Happy” and “Kristina.”

Set List
Light This Party Up
I've Done Everything For You
I Get Excited
Down
Affair Of The Heart
Roar
That One
Bop Medley
Love Is Alright Tonight
Miss Mayhem
Shake It Off
Don't Talk To Strangers
Human Touch
Love Somebody
Jessie's Girl
I'll Make You Happy
Kristina
Posted by springfieldandus at 2:26 PM No comments: