Albuquerque, NM
June 26, 2009
Isleta Casino
photo by Charlotte Poe
We were told it was a sold out show, although there were a lot of empty seats in the front, either comp seats that didn’t show up, or they were late. As usual, there was a heavy stage rush, and security decided they were going to try to make everyone go back to their seats, which was clearly an impossible task. We had front row seats, and there were at least 3 rows of people behind us, between us and our seats. They said they wanted everyone back in their seats so we wouldn’t have to stand up…..Ok…..
Besides the security mess, it was a good show and Rick seemed to have a ton of energy, with lots of jumping. I’ve never seen that many guitars hit the ground though. Sometimes he would slide them over and sometimes he would just throw them on the ground. After IDEFY, Rick says “we don’t know any Michael Jackson songs, but this guy played with him” and when into Jet, by Paul McCartney and Wings.At the end of the song, Rick said “that was the first time we did that, there were a few mistakes”. (Note: they actually played Jet in Tacoma earlier this year).
After Alyson, he said “we have a new record out, kind of, does anybody know it? I don’t mean the Lullaby record, though that is out and it’s newer.”He was having trouble with his guitar being in tune, and said “these guitars take a beating, it’s understandable they’re going out of tune now and then”. He went through the bit about Venus and Overdrive and how he needed the audience to help because they had a lot more voices in the studio. He went through the whole “yeah, yeah”, but, then said “I can probably get you guys to sing anything”. So he sings “Kiss Rick’s Butt” (I heard a lot of woooo’s, but didn’t really hear anyone repeat singing that one), then “Rick’s so freaking handsome” (again, lots of screams), then “he’s probably the most handsome guy in the whole world” (more screams). “he’s sexier than hell”….then said “ok, you’ve got the idea”. He then rehearses the “yeah, yeah” part a few more times.
I’m really glad he moved Love is Alright Tonite around in the set list, but after it hearing it for so long as the last song it’s hard not to have that natural “it’s over already” thought, then you realize, oh yea, it’s not the last song anymore. Woo hoo! He did the bit about girls being back stage, and then put his fist in his mouth – well, you’ll have to figure out yourself where he was going with that. Then he asked “who thought that was in bad taste? Wait until you see my Californication episode, sister. You want to talk about bad taste…” He had security sing. One security guard was Heather and one was Phil, and I guess there was some discussion about who was or wasn’t going to sing so Rick asks “Is this the Heather show?” (audience says no). “Is this the Phil Show” (audience says no). “Is it the Rick show?” (audience screams yes), and he then gets Phil to sing. He had a young boy and a young girl on stage and he did a very cute routine with them. He then goes into the Medley saying “here’s a couple of songs you might know. Sing along, because I don’t know them” (he knew them very well, fortunately!). Someone handed him a note that Rick read out loud that said “Our friend Stacy blew us off, and you too, to get laid. Can you give her hell. Rick says, “now why would I give her hell for that? I think that’s really smart. Let me tell ya, if I was about to get laid, I wouldn’t be here. Well maybe I would (or was it wood….)
Going into Love Somebody, he asked how many people saw Hard To Hold when it came out. Then asked how many people were under 15, and said “that’s a lot of under aged girls that saw my naked butt. I love this country! “He then went in Human Touch, went into the audience without his guitar, which he has been doing lately.Just one personal comment, I’m not a big fan of Kristina and would love to hear a different song as the last song of the show – would love to see him add one more song from Venus and Overdrive, like maybe One Passenger or Time Stand Still.(please excuse any grammar errors or typos)
Mr. PC
What’s Victoria’s Secret
Affair of the Heart
I’ve Done Everything for You
Alyson
Venus in Overdrive
I’ll Miss that Someday
Love is Alright Tonite
Crossroads
Don’t Talk to Strangers
The Medley
Love Somebody
Human Touch
Jessie’s Girl
Wasted
Kristina
Posted by rickspringfield_us at 11:59 AM No comments:

Check out this great new interview:

For the Daily News

An entertainment career is inevitably filled with peaks and valleys. Rick Springfield is hitting another peak. He has a new lullaby album, "My Precious Little One" and is currently shooting episodes of a Showtime hit, "Californication."

While Springfield, 59, enthusiastically tackles new challenges, his vintage hits such as "Jesse's Girl" ride the rising wave of '80s nostalgia.

Check out the complete article here:

Posted by RickSpringfield&Us at 12:53 AM No comments: 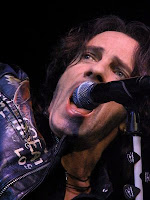 Posted by springfieldandus at 5:43 PM No comments: 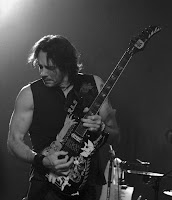