Just announced: Pat Benatar and Neil Giraldo will be joining Rick for a few shows. 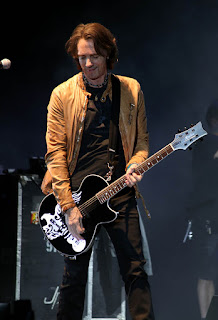 Also a new Stripped Down show has been announced for Iowa:

Posted by springfieldandus at 12:26 PM No comments:

The concert will be free with park admission.

Photo by B. Minett
Posted by springfieldandus at 2:05 PM No comments: 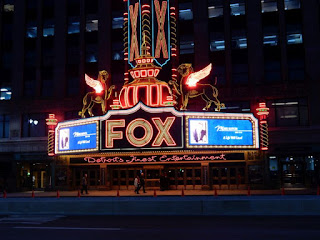 Detroit’s Fox Theater was the place to be on Thursday, February 16th.  The historic city landmark was host to a special acoustic concert featuring our hero, Rick Springfield, and his good friend, Richard Marx.

The evening began with the two most handsome men named Richard greeting the enthusiastic audience and then performing three duets.

After some music and banter with Richard, Rick left the stage.  At that point, Richard sang several of his own hits including “Hold on to the Night,” “Now and Forever,” “Should Have Known Better,” “Right there Waiting for You,” and “Take this Heart.” 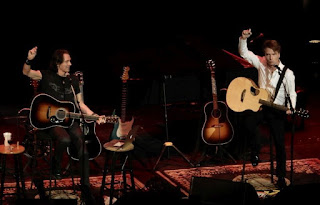 Richard was very comfortable chatting with the audience and sharing stories about his career and his musical collaborations.  As his many fans know, Richard made his name as a song writer as well as a performer.  Richard treated the crowd to a few lines of songs that he wrote for other artists like Sync (“This I Promise you”) and Keith Urban (“Long Hot Summer”).

After a brief pause, Rick took the stage and the fans went wild.  He sang a number of the usual “Stripped Down” favorites including “I Get Excited,” “Love is Alright Tonight,” “Don’t Talk to Strangers,” “Oh Well,” “If Wishes Were Fishes,” “Jesse’s Girl,” and “I’ve Done Everything for You.”  Rick took a stroll through the audience during “Human Touch.”  It seemed like Rick’s portion of the show was a bit shorter than his traditional “Stripped Down” set.  But his performance was solid and his voice was perfect.

Rick shared stories of his childhood and his early career.  He also talked a bit about the December loss of his beloved mother.  Rick then sang the new song “Four Billion Heartbeats,” which was a tribute to his mom.  The song was followed by an emotional version of “My Father’s Chair.”
After another brief pause, both Rick and Richard took the stage to sing three more songs.  The show concluded with the Beatles hit, “All My Lovin.” 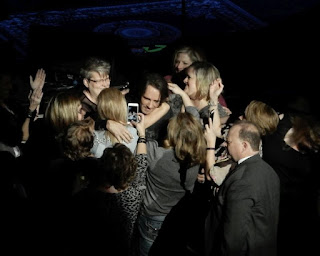 All together, we were treated to almost three hours of music.  It was a little disappointing that the show didn’t include the usual question and answer portion at the end.  But honestly, it was pretty amazing to experience Rick and Richard sing together.

This was my third Rick solo show and my eleventh time seeing Rick in concert.  This show was definitely one of my favorites overall.  Partly because of the unique and elegant setting of the Fox Theater, but mostly because of the two beautiful and talented musicians who took my breath away.

Posted by springfieldandus at 8:04 AM No comments: 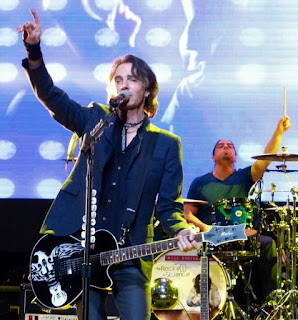 Photo by Rich Lynch
Posted by springfieldandus at 4:21 PM No comments: 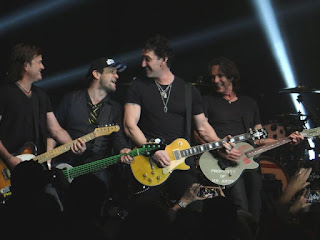 Boy, did my plans for the day change. I woke up feeling restless with an urge to take a road trip. We originally had no plans to attend this concert, even though it was only three hours from home. So, I jumped on Ticketmaster to see if there were decent seats available for the show. To my surprise, there were.  Within a few minutes, we had our tickets and plans to hit the road.

The Event Center is located in a quaint downtown area where it almost appears to not belong.  As the emcee stated in his intro, the venue has the greatest sound system around. He was totally right on that account. We were ready to light this party up.

Rick said that this was the first show of the year that the band had played together and hoped that 2017 would turn out to be a better year than 2016. He did not mention the loss of his mother, but did say that after the Bahamas trip he got really sick and it took a long time to get well.

The set list was identical to 2016’s except That One was replaced with Alyson. His intro to the song was that when he was 21, he did a very bad thing and dated a married woman, but said he got a good song out of the relationship. 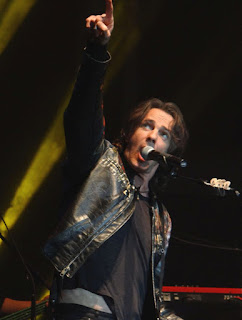 Back to the set list, even though Roar and Shake It Off are crowd pleasers, I think it is time to move on to more of his own crowd pleasers. Examples: Jesus Saves, What’s Victoria’s Secret, etc.

He mentioned that he will be hosting an 80’s cruise in 2018 and named quite a few bands that will be on the cruise. It should be a fun trip.

Don’t Talk To Strangers proved to be a challenge in finding someone who could sing in tune. It does add to the fun when people can’t sing and Rick’s reaction. He pulled a seven-year-old named Jacob on stage to out-shine the adults. As usual, kids steal the show.

It was fun to see Siggy hiding behind one of the speakers during Jessie’s Girl and jump out. He makes such a great addition to the show.

We were so glad we decided to make this spontaneous trip to Indiana, even though it involved a six hour round trip, but Rick is always worth the drive.

Set List:
Light This Party Up
I've Done Everything For You
I Get Excited
Down
Affair of the Heart
Roar
Alyson
Bop Medley
Love Is Alright Tonight
Miss Mayhem
Shake It Off
Don't Talk To Strangers
Human Touch
Love Somebody
Jessie's Girl
I'll Make You Happy
Kristina

Posted by springfieldandus at 12:21 PM No comments: 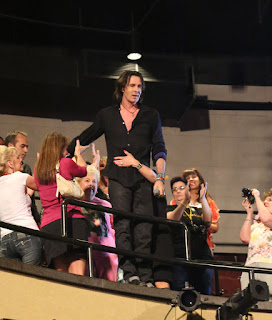 We are so excited to announce that Rick is returning to the Potawatomi Casino Northern Lights Theater! The full band shows are scheduled for April 27 and April 28.

Fans have been begging for the Milwaukee experience since 2012 and it has finally happened. It holds a special place in a lot of our hearts. It was always a great place to meet other fans that we only knew through social media. Many friendships were formed during the week-long events.

Photo by Charlotte Poe
Posted by springfieldandus at 4:25 PM No comments: