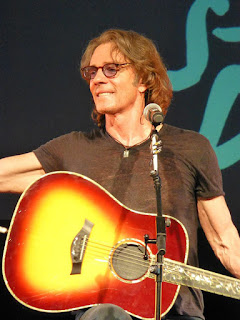 Posted by springfieldandus at 9:12 AM No comments: 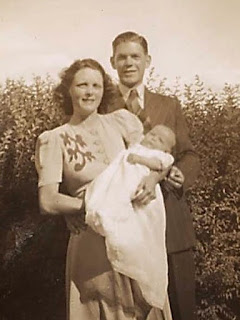 The Biltmore Estate in Asheville, NC will be rockin Tuesday, August 23rd when lucky fans, Night Ranger and the Romantics join Rick to celebrate his 67th birthday. 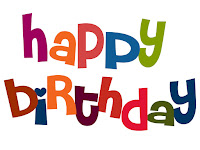 You continue to amaze us with your talent, creativity and energy. Wishing you health and prosperity.

Happy Birthday from Rick Springfield and US.

Posted by springfieldandus at 9:14 PM No comments: 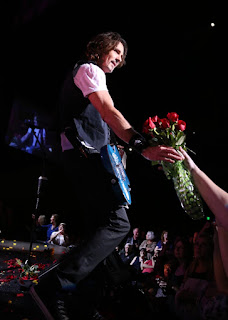 Full band shows have been added to the fall tour schedule:

Posted by springfieldandus at 10:43 AM No comments: 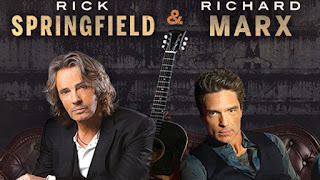 Just announced: Richard Marx will be joining Rick for two special shows in October.
Richard and Rick will each be performing full acoustic sets.

Posted by springfieldandus at 10:35 AM No comments: 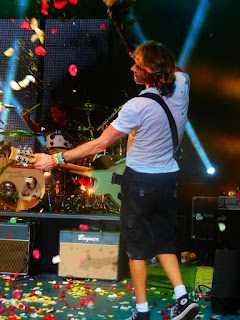 The remainder of August will be a busy month for the tour. There are no shows scheduled for September, so get your tickets now for a night of music and fun with Rick and the band.

*Night Ranger and The Romantics - will be performing with Rick at each of these shows, except 8/20 in Atlantic City.

Posted by springfieldandus at 4:34 PM No comments: 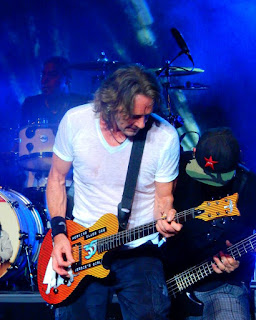 The heat was on last Thursday, August 11th at the Freedom Hill Amphitheater in Sterling Heights, MI. It was time again for what could be considered an annual event - the WOMC 80's fest featuring our musical hero, Rick Springfield.

This year, Rick was joined by Jack Blades and Night Ranger. Also on the ticket were Detroit's favorite sons, the Romantics.

On one of the hottest days and evenings this summer, Rick took the stage for over 90 minutes of music and fun. It was clear that our guy was as warm as the rest of us, but that didn't stop him. Dressed in black shorts and a Ramones t, Rick told the audience that he was "even sweating back stage."

This was a traditional full band show which included some old favorites and some new songs from the "Rocket Science" record. He opened the show with a new song - "Light This Party Up" which was followed by "I've Done Everything For You" and "I Get Excited". 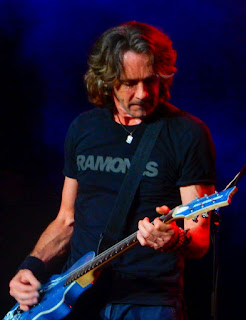 As he generally does, Rick did a medley of old favorites. Even in the 90 plus degree heat, Rick made his way through the crowd during "Don't Talk To Strangers" for some audience participation.

"Human Touch", "Love Somebody" and "Jessie's Girl" came along later in the evening. The show ended with a powerful version of "Kristina".

At one point early in the show, Rick reminded us that it was his birthday. The crowd willingly sang "Happy Birthday" led of course by our Rick.  His actual birthday is August 23.  Believe it or not, Rick turns 67!

Happy Birthday Rick - Thanks for another unforgettable  evening in Michigan!
Posted by springfieldandus at 8:45 PM No comments: 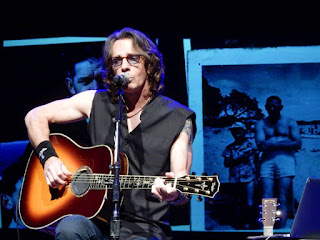 This was my second Stripped Down show and my ninth Rick show in total.  Yes, I’m a novice compared to many of Rick’s devoted fans who travel far and wide to see his show.  Many have easily seen Rick dozens of times.

Interlochen was a four hour trip for me – the farthest I’ve traveled so far to see my musical hero.  And it was well worth the trip.  The venue was small and quite intimate.  Really, any seat in that house was a good one.

The show consisted of several Rick classics including “Love Somebody,” “I Get Excited,” “Affair of the Heart,” and “Don’t Talk to Strangers.”  There were a few cover songs like Badfinger’s “Baby Blue.”  And of course, some comical numbers like “If Wishes were Fishes” to keep the mood light.

With each song there was a story of how it came to be.  One particular favorite of mine is “Me & Johnny,” the song about Rick’s unlikely friendship with a boy (John) who used to bully him in school.  The two became close after bonding over their musical aspirations.

Rick shared other stories and experiences with the audience.  He spoke briefly about traveling back and forth to Vancouver to film “Supernatural.”  There was a slide show to Rick’s right which gave the audience a close look at family and friends.  And let us not forget the photos of the dogs that Rick has come to love.

Perhaps the most poignant moment of the night was when Rick shared the origin of “My Father’s Chair.”  The song plays tribute to Rick’s father and it’s an emotional story of the loss of a loved one.
Rick kept it together for the most part during the song.  But he got teary and a bit emotional at one point.  Looking around, much of the audience was also moved to tears. 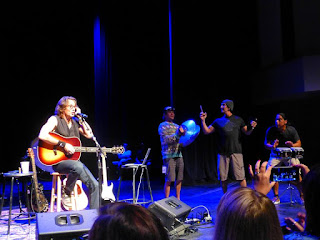 The concert portion of the show concluded with an interesting version of “Jessie’s Girl.”  Rick’s band joined him onstage for the song (an unusual treat for a Stripped Down show).  The boys in the band made due with instruments rounded up at the venue.

After a brief couple of minutes, Rick returned to the stage to answer questions from the audience.
In all, it was a wonderful show.  Seeing Rick feels like a visit with an old friend.  He’s wonderfully engaging, modestly sweet, and truly unforgettable.  This was definitely worth the four hour drive.

Posted by springfieldandus at 8:32 AM No comments: 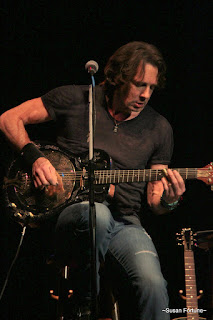 Two full band shows have been added to the tour schedule:

Posted by springfieldandus at 8:21 AM No comments: