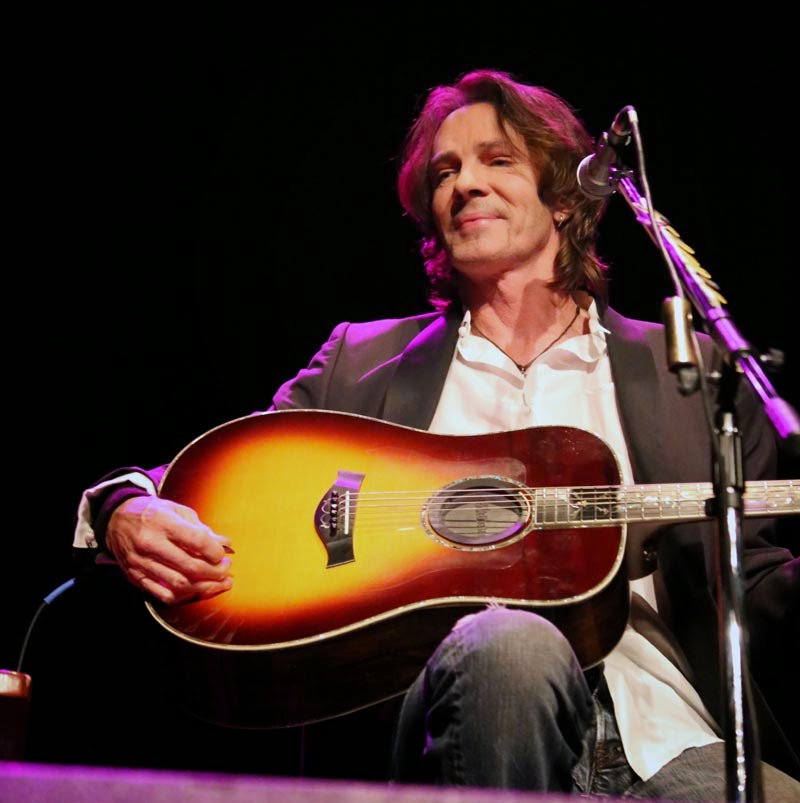 Five additional "Stripped Down" shows have been added to the tour:

Photo by Renata Hearn
Posted by springfieldandus at 8:36 AM No comments:

Review and photo by B. Minett 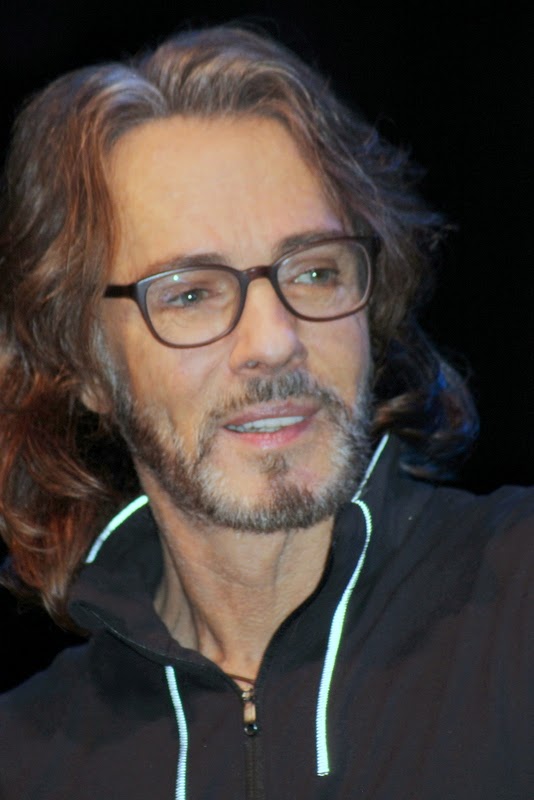 Concert Notes:
* The Pfeiffer Hall is a very small theatre, a perfect setting for the more intimate “Stripped Down” show of songs interspersed with storytelling. The theatre looked to be at full-capacity, and, once the show began, it was evident that many fans were present, by the amount of audience participation during songs and the cheers of approval for the lesser-well-known songs.


* Rick had his “band in a box” on his laptop to help with musical backing tracks for some songs – him playing all the instruments and singing background vocals, making it sound like an entire band was playing. He also used a guitar app on his phone to accompany ‘Sylvia’, but missed a few chords, and said he should practice more with the app. But some songs were just him and an acoustic guitar.


* He told stories of his life experiences to introduce songs, most of which are recounted in his autobiography. Though I’ve read – and heard, at other ‘Stripped Down’ shows – these stories before, I’m reminded each time what a good storyteller Rick is. He knows how to build up suspense and interest by listening, engaging, and interacting with the audience while he tells each story and he uses interesting facial and vocal expressions and gestures that add to the story. And he’s very funny, too!


* While it’s always nice to hear more songs written by Rick Springfield during a Rick Springfield concert, the covers he plays during the ‘Stripped Down” show are well suited to his storytelling arc and displayed his guitar-playing talents.


* Rick asked the audience if they liked his bearded look (met with a roar of approval), and briefly talked about the movie he just finished making with Meryl Streep, giving a brief synopsis.


* After the approximate 90 minute show, Rick returned to stage for a 15-minute question and answer sessions. Two microphones were set up at the side of the stage, and people lined up to ask questions, most of which were not the typical interview-type questions. What follows is some of what was asked with Rick’s answers paraphrased.


Q: meaning of “pretending sixes are sevens” lyric in ‘Honeymoon in Beirut’ song


A: when rolling dice, pretending one number is a better number; in song, it means the facade of a perfect life when there is turmoil inside


Q: How did the role in the Ricki and the Flash movie come about?


A: The director (Jonathan Demme) wanted the musicians to actually play during the filming, and not be dubbed in later, like is done in other movies with band scenes. Since his character was the boyfriend of the lead singer/main character (Meryl Streep), he was the only band member that had to have acting experience/ability (and he jokingly said how many other guitar-playing actors could there be?!).


A: Magnificent Vibration getting good reviews by literary world


Q: Where is the baby blue guitar that he played at other ‘Stripped Down’ shows? Was it damaged in the storm this summer (storm before outdoors Montana concert that damaged some of his guitars and equipment)?


A: He had a special guitar made for this set of shows. The baby blue guitar is with other touring guitars, and he still plays it in-concert.


Q: Did he write any original music for Ricki and the Flash? And will there be a soundtrack with that music?


A: Ricki and the Flash is a cover band, so they don’t play original music. He did write some songs, but they didn’t fit with the mood of the film (though one may be used at the end of the film). If the songs are not put on the movie soundtrack, he may release them on his next CD


Q: Any plans to write songs with other artists, like he did with Dave Grohl?


A: He likes writing with others, as avenue to new sound and inspiration, so he would welcome any opportunity. He mentioned continuing to write with Matt Bissonette (former bass-player in his touring band).


Q: Are his Star Wars toys ok? How is HeadMan?


A: Led to explaining his obsession with Star Wars toys (the part of him that’s still lives in his mother’s basement) and the rarity of the HeadMan figurine that he owns


Q: Will there be a preview of Ricki and the Flash at the Club Med fan event this spring?


A: It depends on what the production company will release. They might be able to show clips, as “it’s all promotion”. They also might use some scenes from the script to stage audience “auditions”. (This question also gave him the opportunity to promote the Club Med event.)


Q: Asked about how to find spiritual path


A: He continues to be spiritual seeker and reads everything he can to continue on his own path.


Q: Suggestions on how to discipline a new puppy (which fan named Zoot)


A: He gives Bindi (his Norwich terrier dog) everything she wants, so he’s not the person to ask about discipline of dogs. He then told a cute story about Bindi.


Question I’d like to have asked: is there a working title for Magnificent Vibration sequel? And how soon is the publication date?
Posted by springfieldandus at 3:15 PM No comments: 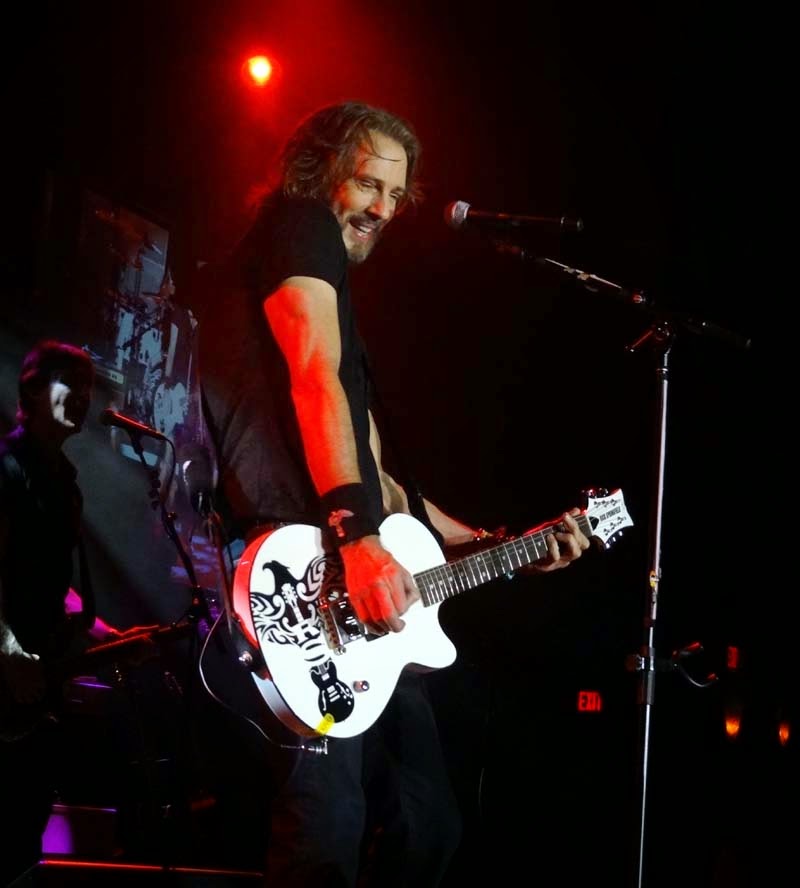 Six new "Stripped Down" shows have been added:

Photo by Renata Hearn
Posted by springfieldandus at 5:58 PM No comments: 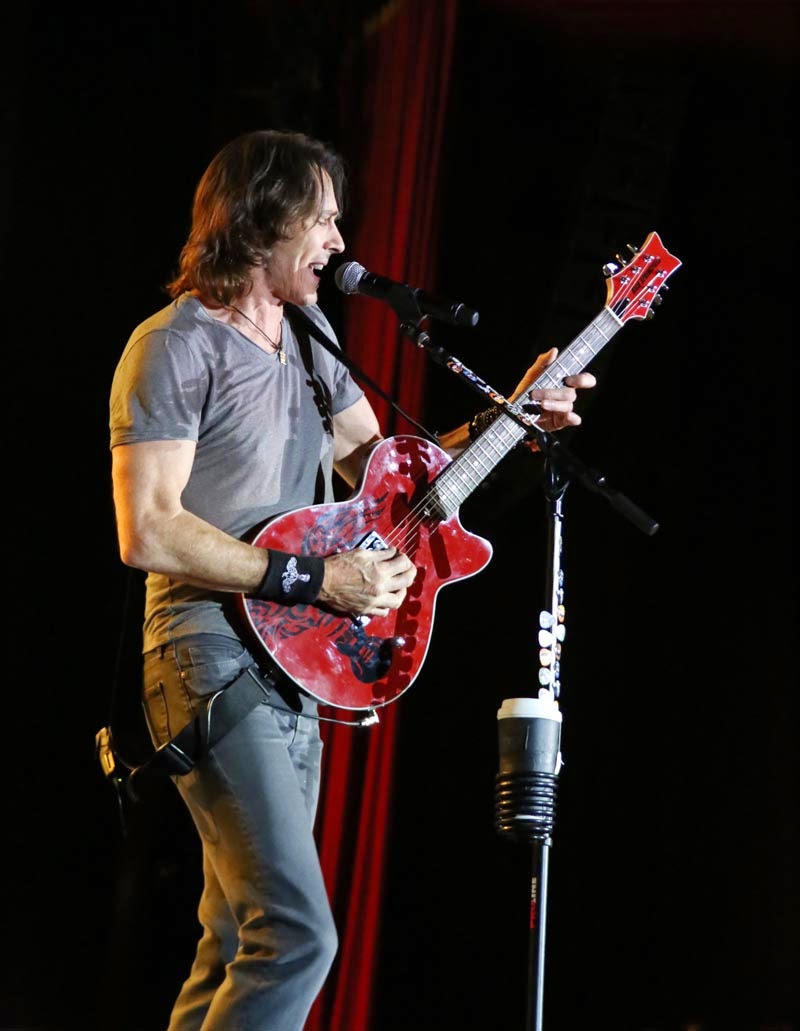 January looks like a very busy month. A new tour date has been added:


Photo by Renata Hearn
Posted by springfieldandus at 6:58 PM No comments: 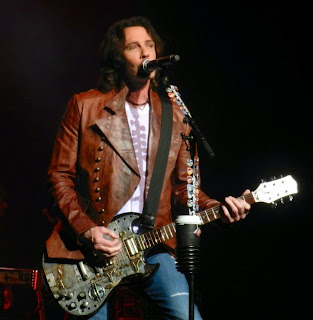 Rick will be performing with his full band at the Good Life Festival with special guest: Howard Jones.

Posted by springfieldandus at 5:44 PM No comments: 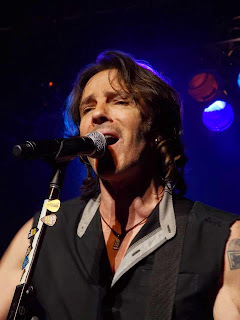 A new tour date has just been announced:

Photo by Angela Keating
Posted by springfieldandus at 3:04 PM No comments: 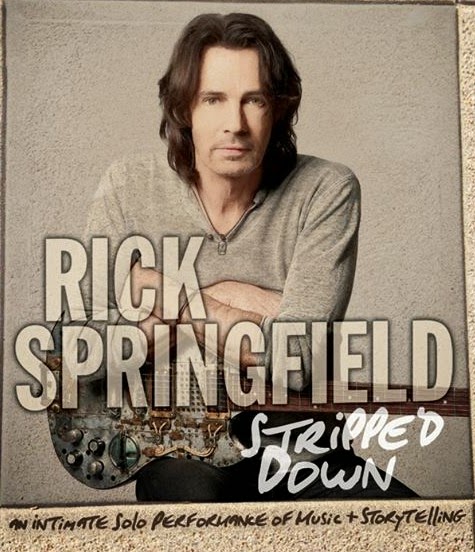 Tune in to see the broadcast premier of Rick Springfield "Stripped Down" -- this Monday, November 10 at 8:30PM on KERA-TV.

Stay tuned for more broadcasts on PBS as well as additional Rick Springfield "Stripped Down" shows in 2015.

Posted by springfieldandus at 3:49 PM No comments: