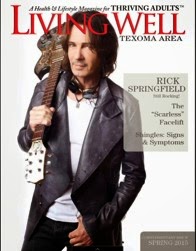 Our featured celebrity, 65-year-old Rick Springfield, has maintained a magnetic presence in the public eye for decades. Perhaps known best for his musical accomplishments––25 million records sold, a Grammy Award for his smash-hit Jessie’s Girl, and a whopping 17 Top 40 hits––Springfield has excelled in many different roles over the years. As an actor, he’s known for his iconic part as the dashing Dr. Noah Drake on the long-running soap opera General Hospital. Meanwhile, his recent stints on Californication and Hawaii 5-0 helped introduce Springfield to a new generation of fans. His highly anticipated turn on the second season of the critically acclaimed HBO drama True Detective is but one of the many new projects he has in the works. Inside, we catch up with this ageless performer who continues to prove that it’s never too late to explore new opportunities.


You can’t make a living playing guitar, Richard.” And perhaps his dear mother was right. “Because, over 40 years after Rick Springfield’s mum uttered those fateful words to her son back in Australia, Springfield has not only made a living playing guitar, but as a songwriter, an actor, an author, and someone who has refused to give up despite the odds that life has thrown at him. “My mom and I butted heads as a teenager,” recalls Springfield, who first picked up a guitar at the age of 12. “I was terrible back then. She said I was hanging out with kids that she considered part of a rough crowd. She probably was right. She wasn’t always there with a comforting arm because she just wasn’t that kind of mom. She showed me the way to be by what she did. She taught me always to stand up and never crumble. She has a ‘never give up and never quit’ mentality.” It’s that mentality that has kept Springfield in the forefront of a number of industries at the same time, whether via upcoming acting roles in shows such as the HBO critically-acclaimed drama True Detective and movies such as Ricki and the Flash starring Meryl Streep and Kevin Klein or as the author to books such as his autobiography Late, Late at Night. Springfield has accomplished all of this despite a slew of challenges, many of which would be enough to take down a weaker heart and most of which he finds himself still battling today. Yet, despite “a degree of attention deficit disorder” and his admitted frequent bouts with depression, Springfield says the ideals that he learned from his now 94-year-old mom have helped him to battle on. “I have learned to live with it to a degree and channel it into a direction so I don’t waste my time feeling like crap all of the time,” he says. “Life is too short not to.”


His career known best for a long list of musical accomplishments that includes 25 million records sold, a Grammy Award for his #1 smash-hit Jessie’s Girl, and a whopping 17 Top 40 hits including Don’t Talk to Strangers, Affair of the Heart, I’ve Done Everything for You, Love Somebody, and Human Touch, Springfield has remained a force in the music industry and a successful touring musician able to still sell out venues throughout the country. Currently, Springfield is busy with his Stripped Down tour, which has the singer/songwriter taking the precious time to reflect on the music that has made him famous.  “After I finished with my autobiography, I realized that I had a lot of stories,” Springfield says. “A lot of those stories did come out in my songs in one way or another. We thought doing a ‘stripped down, storytelling thing’ would be a good idea. But yes, I am nervous up there. It’s just me. You can’t really fall back on sounds and lights and the other band members. It’s a much more intimate setting than what I am used to.” And while thousands of adoring fans still come out to his concerts for the music, many continue to relate to Springfield as the dashing Dr. Noah Drake on the long-running soap opera General Hospital. “I only took the job because I had no money,” laughs Springfield, who took the role back in March of 1981 and made recurring appearances on the soap through 2013. “I really thought that the role would have no effect on my music. As far as I was concerned, it was just a bunch of blue hair ladies ironing in the afternoon and killing time watching soap operas. I didn’t realize where it would go and what it would mean and that people would still be calling me Noah Drake 30 years later. It’s been a double edged sword.” Yet, the sheer art of acting is something that still intrigues Springfield to this day. “Acting has always been more about expression rather than hiding,” says Springfield, who has also landed roles on shows such as Californication and Hawaii 5-0. “I mean obviously you can say and do anything as a character. It goes back to what we did as a kid playing cops and robbers. It’s really the love of acting as much as the love of role playing and being able to do and say anything in a role that’s really not you. I get the same kind of charge after finishing a scene I feel like I nailed as I do after writing a song.” Last year, Springfield pushed his creative boundaries even farther with the release of his first fiction novel and New York Times Best Seller Magnificent Vibration. “Being a journalist was the first thing I ever wanted to be,” Springfield says. “So, putting out more avenues out there and trying my hand as a writer wasn’t as big as a sidestep as some people might have thought.”


His well-being long ago, the now 65-year-old Springfield realized the importance of keeping in shape both physically and mentally. So whether running across the stage with a guitar swung around his neck or stopping to spend some cherished quiet time with his family, Springfield continues in his attempt to live life as well as he can. “I have always been able to keep in relatively good shape thanks to all the aerobic stuff I end up doing on stage,” remarks Springfield, who also practices meditation and visualization. “But I really started watching what I ate when I was 25 years old, just around the time my dad got sick. (Springfield’s father died in 1981) I have read a lot of books on the good and bad of eating, and on the road it can be tough in certain towns getting the requirements you need. It’s a major part of our lives to put fuel in our bodies if you want your body to perform at the best of its capability.”


His future living a well-fed physical and emotional life continues to spur Springfield to create new music to this day. He started work on the recording of a brand new album earlier this year. “I thought it was a great way to start the New Year,” says Springfield of the new project that will include 15 new songs. “I feel like it’s the best record that I have ever done. It’s definitely a rather positive record. I actually write from a rather dark place due to the depression…I mean, that’s what I do with my depression. But this time around, I seem to have made the most positive record I have ever done. It’s about time I think.”
Posted by springfieldandus at 12:20 PM No comments: 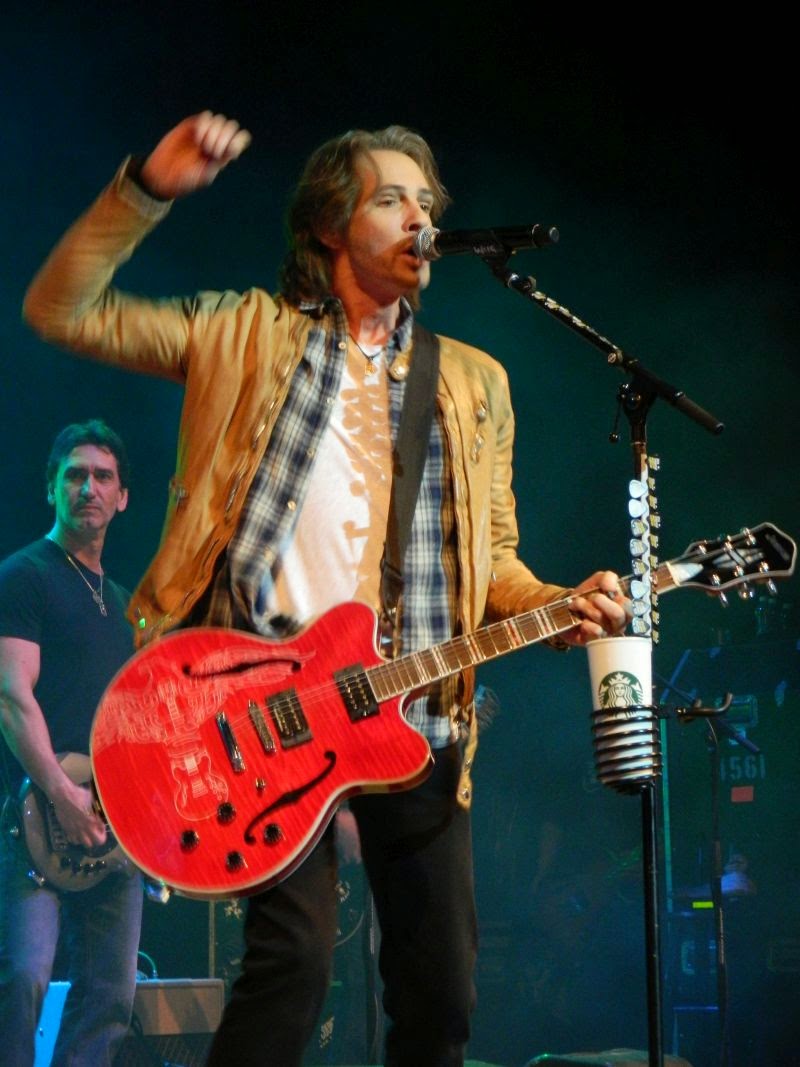 Photo by Cyndi O'Hora
Posted by springfieldandus at 1:16 PM No comments: