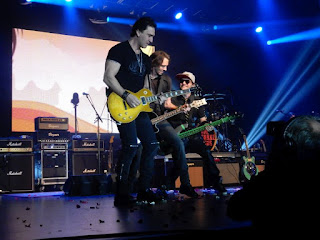 It was a high energy night and Rick stated that he was glad to be back at Four Winds playing for us. We all know how he loves to play in Michigan.

Spoiler alert - It was a new wardrobe night! First time I’ve seen the jacket and vest. Funny how I get a kick out of “new to me” clothing. Rick looked pretty dapper in the vest.

We got a treat when two new songs from The Snake King were added to the set list: Little Demon and The Devil That You Know. After singing The Devil, he mentioned that we should listen to it a few times and we will begin to like it.  After listening to the song on the CD, I have to admit that it was not one of my favorites. Hearing it live changed my mind, I think it will grow on me. Rick talked a little about the new CD and said if we don’t like it, he will come to our house. It’s not my favorite, so I guess I will be getting a visit from Rick.  Darn, I forgot to give him my address!

There was a couple on stage doing sign language and Rick was kind of ornery with them. He used his usual four-letter word and looked at the “signer” and made a comment about if the word was interpreted correctly.

If anything good came out of Rick’s arm injury last year, it has changed things up a little. For Jesus Saves he sang without the guitar and during the medley portion, he didn’t play during State of the Heart. I think he likes to be free from playing on a few songs, gives him a chance to stroll the stage.

Jorge got a little excited, and a drumstick went flying on the stage. Siggy picked up the stick, tossed it back to Jorge, and he caught it in mid-air and never missed a beat. Love to watch Jorge play, he seems like a guy who loves his job.

My most memorable part of the show is Don’t Talk to Strangers. Because of the way the front row was situated, we were not able to be right up to the stage. Rick had to hand the microphone to people to sing. After the lady beside me sang, she handed the mic to me. My husband and I had decided if we ever got a chance to sing, we would do a duet. Mic in hand, I looked up at Rick and motioned to him that both of us were going to sing, he shook his head in agreement. I love how Rick smiled after we sang. Another check mark on my Rick Bucket List!

Human Touch was a little shaky when he stepped over some chairs and fell backwards. Didn’t look like anyone caught him, but he was up in no time like the Energizer Bunny.

The security was enforcing no pictures in the first couple rows. So, it was not a typical night for us since we usually take a lot of pictures. Watching the show without a camera in hand was a different experience, though I was able to sneak in a few pictures.

The show will go in the books as one of my favorites.

Posted by springfieldandus at 2:41 PM 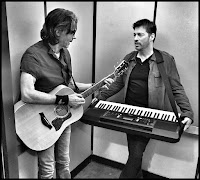 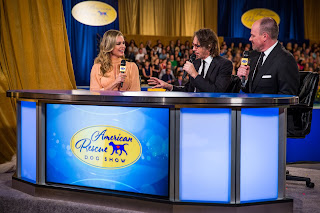 
Check your local listings for channels and times

Two New Shows Announced for May 2018 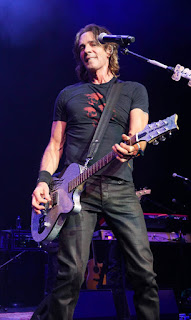